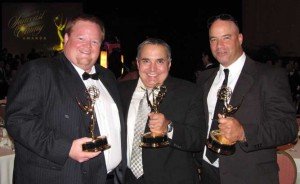 BY MANDY BOLEN Key West Citizen KEY WEST, FLORIDA When local videographers Steve Panariello and Chad Newman saw the Hoyt S. Vandenberg moored at Truman Waterfront before it was sunk as an artificial reef, they did not see a rusting ship or a fascinating dive. They saw a challenge. The team that owns Digital Island […] 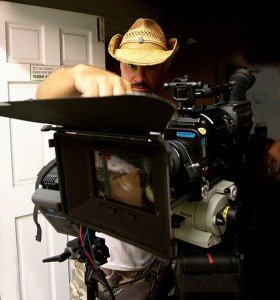 BY MARGARET MENGE Florida Keys Keynoter KEY WEST, FLORIDA FOX News covered the sinking of the Vandenberg live, but with shaky footage from a camera on the media boat about a half-mile from the sinking ship. A small, local production company called Digital Island Media, meanwhile, had five cameras on the Vandenberg itself, another on […] 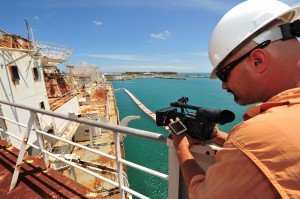 BY MANDY BOLEN Key West Citizen KEY WEST, FLORIDA While crews have been working to remove harmful materials from the 522-foot Gen. Hoyt S. Vandenberg before its final descent into 140 feet of water, professional photographers have been bringing material aboard the ship before it sinks. Several groups are attaching high-tech digital camera equipment to […] 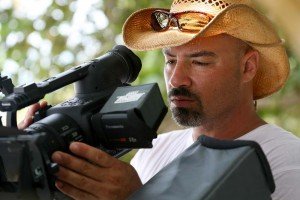