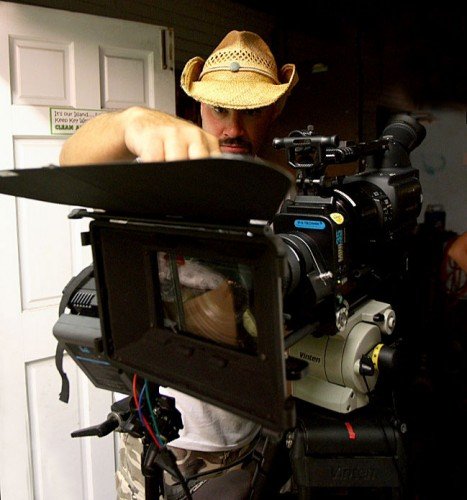 FOX News covered the sinking of the Vandenberg live, but with shaky footage from a camera on the media boat about a half-mile from the sinking ship. A small, local production company called Digital Island Media, meanwhile, had five cameras on the Vandenberg itself, another on the tug boat that was floating nearby, and Steve Panariello of Digital Island Media was in the sky in a helicopter getting aerial footage of the sinking ship.

Panariello and his partner, Chad Newman, sent their footage out to television networks all over the world, and footage they shot was seen by more than 700 million people over the next few days. Not bad for a small business that has no full-time employees other than its two co-founders.

Panariello and Newman started Digital Island Media in Key West in 2004. The company is “growing like a tree out of the ground,” says Panariello. “…right now it’s in the mushroom phase. We don’t know how far it’s going to go out.”

Both partners are refugees from the big city.

Panariello moved to Key West in January of 2000 from New York, where he says he’d grown sick of the stress of commuting into Manhattan from his home on Long Island to work as a cameraman.

“Life wasn’t getting any better as I made more money,” he told the Keynoter this week of living in the city. Panariello now lives with his girlfriend on a double-decker houseboat at the Garrison Bight Marina. It’s a big improvement.

Newman, meanwhile, came to Key West from Los Angeles, where he’d been working as an assistant cameraman on the USA Network’s show “The Weekly World News.” He fell in love with Key West, and decided he was ready to give up Southern California traffic to lead a simpler life here.

“We came into town with New York and L.A. skills…” says Panariello. And that, he says, has made all the difference.

Panariello and Newman joined forces after meeting at a party in 2003. Starting a business didn’t require much in the way of capital, as each partner brought between $20,000 and $40,000 worth of cameras, editing, sound and production equipment to the table. Initially, the two operated out of an office on White Street with a director Newman had known in L.A. But the director left town, leaving a mess behind.

“I said, ‘Instead of making this a downer, let’s make this a positive,'” says Panariello. And that they did.

In March of this year, Panariello and Newman moved Digital Island Media into a modern office suite at the Conch Harbor Marina on the corner of Grinnell and Caroline streets. There aren’t any photographs on the walls in the reception area yet: The partners have been too consumed with work to pay any attention to decor.

Digital Island Media is doing more and more work shooting video in the Keys for the Tourist Development Council, and for a number of corporations, some of them based in the Keys. Last month they were hired by C-Span to film the annual Truman symposium at the Key West Marriott Beachside Resort.